Can Modern Planets be used with Traditional Astrology?

My own view of astrology is that it is a form of divination and an amalgamation of diverse techniques and traditions that sometimes contradict one another.  It is laughable that some astrologers claim they have the “true” astrology or the “real” astrology, implying that all other astrologers are mistaken and only they know better.  Even the ancients often disagreed with one another.  Just read Ptolemy who tried to make sense of varying traditions and methods two thousand years ago.  Ptolemy became the leading authority for many centuries but a lot of what he wrote is patent nonsense when tested against empirical evidence.

Prior to Galileo, truth rested upon the authority of the church or the authority of ancient sources.  Galileo caused a paradigm shift in our world view by emphasizing that something is true only if we can prove it so by empirical evidence.  It seems to me that many so-called traditional astrologers today are pre-Galilean in their approach and rest their laurels on ancient theories of discredited “science” rather than what the evidence reveals.

I love to read about astrology and I don’t limit myself to any particular school or approach.  I test what I read against a number of charts to see if it holds any water in reality.  If a method works, I explore it further.  If a method is unreliable, I lose interest.  Time and again I have seen the modern planets produce effective results and give information that the traditional methods don’t offer.  As a result, I have become eclectic in my approach and don’t favor or discard a particular school or concept.

On the other hand, there are certain astrologers whose work I especially admire.  Among the more traditional group are Dorotheus of Sidon, Placidus, Morinus, and William Lilly.  Morinus is my all-time favorite astrologer.

I would like to look at a well-known chart using both modern and traditional methods to show the usefulness of combining the two approaches.  In my book on solar returns, I discussed the chart of Cardinal Ratzinger who was elected Pope on April 19, 2005.  Ratzinger’s birth data is given as April 16, 1927, 4:15 AM CET (-1), in Marktl, Germany, rating AA.

When I looked at Ratzinger’s secondary progressions for the date he was elected Pope, I noticed that his progressed Sun moved to 10 Cancer 13 and his progressed ASC moved to 10 Cancer 16 (by solar arc in right ascension).  If he were born just 14 seconds earlier, his progressed Sun would be exactly conjunct his progressed ASC on the date of the papal election.  Based on this fact, I tentatively “rectified” his birth time to 4:14:46 AM CET (14 seconds earlier than the usually accepted time).   Because I was interested in studying traditional techniques, I opted for whole sign houses.   Here is the chart: 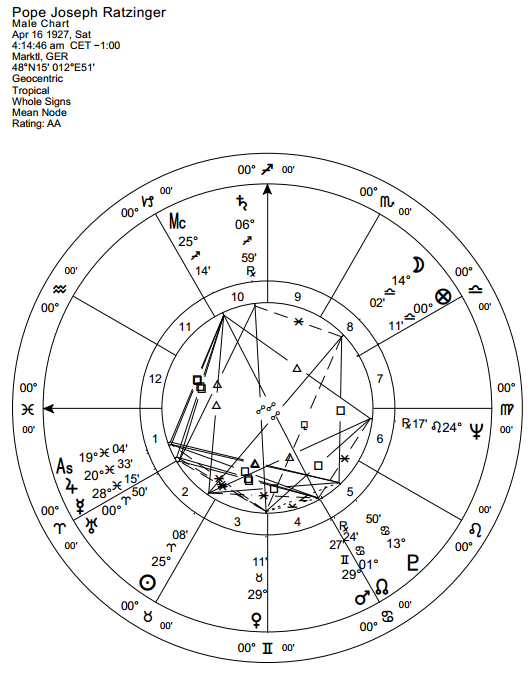 Several things stand out about this chart.  Ratzinger has natal Saturn and the MC in his Sagittarius 10th house of career.  Could there be a better symbolic description of a conservative Pope?  Jupiter rules his 10th house and closely conjoins the ASC in the 1st house.  Ratzinger personally identifies with his pope-ly ambition.

The Scorpio 9th house of religious preferment is unoccupied.  The traditional ruler of Scorpio is Mars and the modern ruler is Pluto.  Mars and Pluto should be active astrologically at the time of his election to pope-hood.   The Moon rules Pluto in Cancer, and Mercury rules Mars in Gemini, so the Moon and Mercury are also likely to be active around April of 2005 when he becomes the new Pope.

Morin also preferred Regiomontanus houses.  Here I used whole sign houses which are more classical and come from at least Hellenistic times.  I can only find one instance in Morin’s Astrologia Gallica in which he reverts to whole sign houses to explain a planetary placement in a chart.  The planet lies in the 8th Regiomontanus house but Morin wants it in the 9th, so he says it is “accidentally” in the 9th since it is in the ninth sign from the ASC.   Morin refers to whole sign houses as “accidental” because he does not regard them as true houses but rather as simply an analogy to the order of the signs of the zodiac.  James Holden agrees with me on this point but Martin Gansten, despite this case example, believes that Morin never used whole sign houses because he was so disdainful of them.

Using the Morinus astrology freeware (a superb program for classical astrology), I found the following primary directions (direct and converse, zodiacal and in mundo) in effect within 8 to 10 months of the papal election: 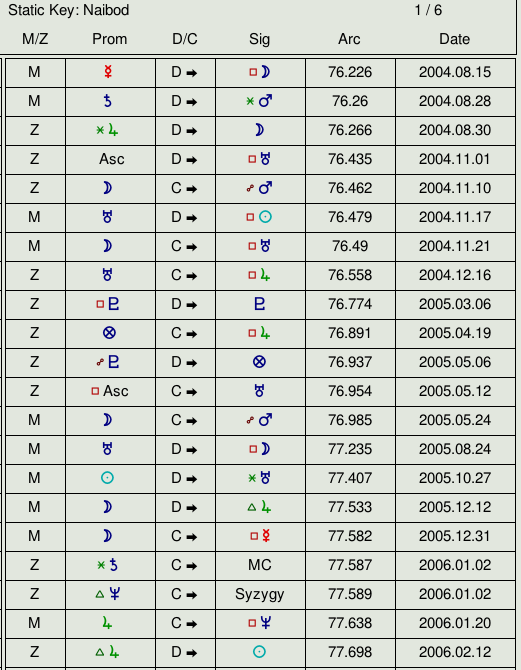 Ratzinger’s Primary Directions surrounding his election as Pope on April 19, 2005

Primary directions are rarely precise in their timing.  Rather they show the climate an individual is traversing.  In this case it is rather striking, albeit unusual, that the Part of Fortune has come to the square of Jupiter exactly on April 19, 2005, when he won the election.  Jupiter rules his 10th of career and the Part of Fortune means what it’s name implies, worldly fortune.  The Part of Fortune happens to occupy the Pope’s natal 8th house of other people’s money.   Ratzinger won the lottery, so to speak when this direction became exact.  As head of the Vatican, he is one of the richest men in the world. 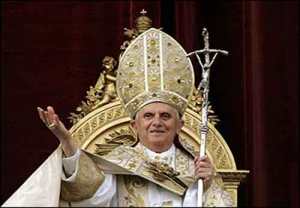 The Pope surrounded by the Vatican’s wealth

A couple weeks later, on May 5, 2005, the opposition of Pluto by direction came to the Part of Fortune.  Pluto is the modern ruler of his 9th house.  Ecclesiastical fortune is indicated.  The opposition may refer to the stress of assuming the papacy for a man his age.

Shortly prior to the election to the papacy we see the directions Uranus square Jupiter and Pluto square Pluto.  Jupiter rules the 10th and Uranus brings sudden change -> unexpected change in worldly power and status.  Pluto rules the 9th and is a planet of drastic change and transformation -> profound change in ecclesiastical preferment.  Pluto is also a planet of immense power.  The papacy is a position of tremendous ecclesiastical power.

The sequence ends with the trine of Jupiter directed to the natal Sun, an indicator is fame and success.

For reasons of cutting and pasting there are two directions at the start of August 2004 that did not appear in the above list.  They are at the bottom left of the following:

Primary directions at the very beginning of August 2004 for Ratzinger

Pluto trine Mars is a very favorable aspect between the two rulers of the 9th house of church and religion.  Mars (ruler of 9th) square Saturn (posited in 10th) suggests a significant event related to career and church matters.

Hence the combination of modern and traditional techniques very well describes Ratzinger’s election to the papacy.  The closest primary directions to the actual date, however, include those of the modern planets.  Something to think about!

Author of books about astrology and tarot, including TAROT PLAIN AND SIMPLE, HORARY ASTROLOGY, and THE ART OF FORECASTING WITH SOLAR RETURNS.
View all posts by Anthony Louis →
This entry was posted in Astrology and tagged classical astrology, papacy, pope, primary directions, Ratzinger, traditional astrology. Bookmark the permalink.

3 Responses to Can Modern Planets be used with Traditional Astrology?