On April 29, 2013, basketball star Jason Collins became the  first active US male pro sports player to announce publicly that he is gay.  In Collins’ own words:

“I’m a 34-year-old NBA center. I’m black. And I’m gay. I didn’t set out to be the first openly gay athlete playing in a major American team sport. But since I am, I’m happy to start the conversation. I wish I wasn’t the kid in the classroom raising his hand and saying, ‘I’m different.’ If I had my way, someone else would have already done this. Nobody has, which is why I’m raising my hand.” 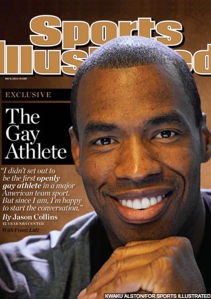 According to the DayKeeper Journal, prior to coming out “Collins maintained a public, but secretive, connection to his sexuality by choosing to wear the number 98 on his jersey, his private reference to honor Matthew Shepard, killed in a gay hate crime in 1998.”

Collins’ time of birth is unknown.  Here is a sunrise chart for his birth place: 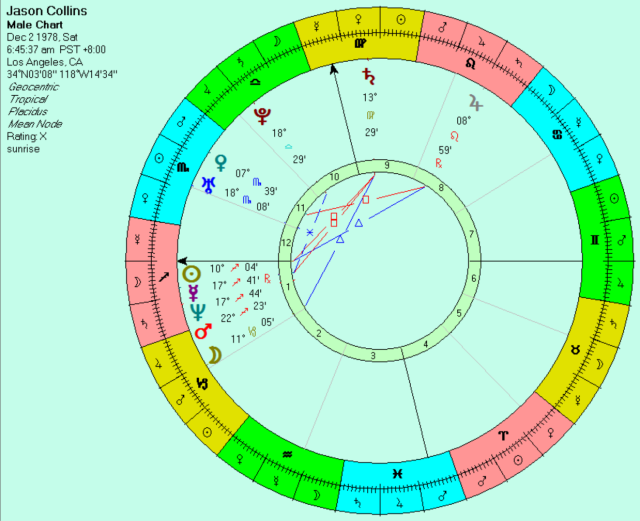 This chart is appropriately brimming with athlete prowess.  He has a stellium of four planets in exuberant fiery Sagittarius, which are trined by Sagittarius-ruler Jupiter in courageous fiery Leo.  Athletic Mars in Sagittarius conjoins Mercury, suggesting dexterous movement, and also conjoins Neptune, suggesting some confusion about sexual impulses which are also ruled by Mars.  As dispositor of his Saggitarius stellium and the lead planet in the chart, Jupiter achieves a great deal of prominence.  In the tarot, the decan where Jupiter falls belongs to the Five of Wands: 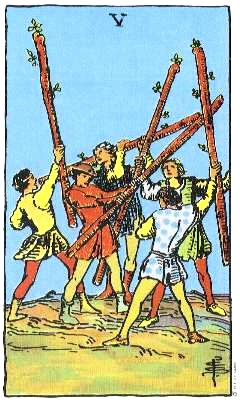 Five of Wands, associated with the first or Saturn decan of Leo

Clearly, these young men are engaged in some type of battle or competition, perhaps a precursor to a modern game of basketball.  The Five of Wands captures an essential aspect of Collins’ character.  From his birth chart and the associated tarot card, we could say that Collins enjoys such spirited competitive contact with similarly energetic young men.  In Collins’ mind, the fight on the Five of Wands also represents the battle for gay rights.

Matthew Shepard, whom Collins commemorated by wearing 98 on his jersey, has a very similar chart: 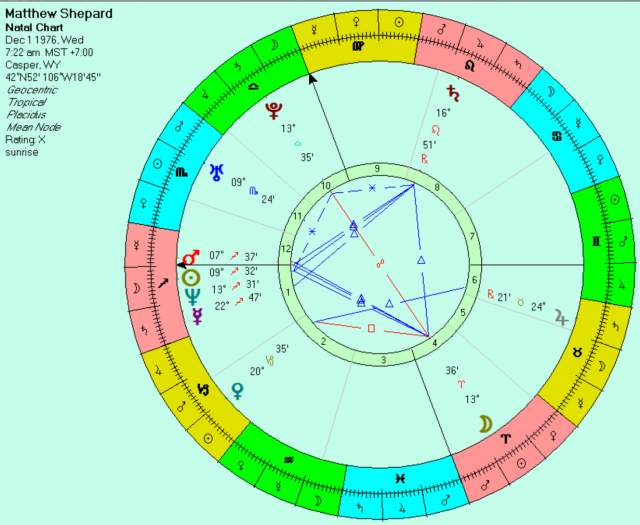 Shepard also has a stellium of four planets in Sagittarius, trined by Saturn in Leo rather than Jupiter (as in Collins’ chart).  Shepard does not have the Mars/Mercury conjunction of Collins, so he lacks the degree of physical dexterity important to a professional athlete.  Jupiter, the dispositer of Shepard’s stellium, lies in practical earthy Taurus, so his interests are more mundane and down-to-earth. 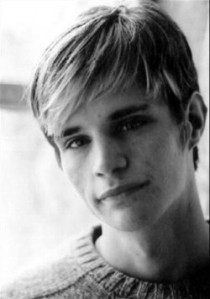 Matthew Shepard, murdered in 1998 for being gay, was commemorated by the #98 on Collins’ jersey

There is much synastry between the two charts.  Collins and Shepard each have their natal Sun in Sagittarius, less than one degree apart.  Shepard’s Mars and Neptune conjoin Collins’ Sun.  Shepard’s Uranus in Scorpio lies on top of Collins’ Venus in Scorpio.  In sysastry such Uranus/Venus contacts are considered aspects of love at first sight.   Shepard’s Moon trines Collins stellium in Sagittarius, suggesting a strong empathic bond.

Shepard’s Mercury closely conjoins Collins’ Mars — a strong mental bond and the ability to share ideals, intellectual challenges and common interests.  In addition, Shepard’s Sagittarius Mars is closely trine Collins’ Jupiter in Leo.  No doubt they would have become friends had they met in real life.   What they appeared to have shared intellectually are ideas about fighting discrimination against gays and the challenge of advocating for gay rights.

Author of books about astrology and tarot, including TAROT PLAIN AND SIMPLE, HORARY ASTROLOGY, and THE ART OF FORECASTING WITH SOLAR RETURNS.
View all posts by Anthony Louis →
This entry was posted in Astrology, Tarot and tagged Five of Wands, gay athlete, gay rights, Jason Collins, Matthew Shepard. Bookmark the permalink.