More than one way to skin a cat …

Recently I came across a review of a presentation given by John Frawley, in which Sarah Laurent (17 October 2003) mentions a horary chart which John discussed:

“Several years ago he moved, and the family cat disappeared. So he cast a horary chart with the question “where is the missing cat?” A horary chart is cast for the time and place the question registers in the astrologer’s brain. Everything in the universe can be described by a house, and cats are in the 6th house. (Animals smaller than goats are in the 6th house; larger are in the 12th.) In this instance, Jupiter was in the 6th and it ruled the 6th. Therefore, the cat was in its old home and, since Jupiter is a great benefic, the cat was happy. Jupiter was also Rx and in Pisces. Retrograde: is the cat coming back? Yes. In Pisces: the cat was either wet or very comfortable. Since the cat was happy, it must not have been wet.”

There seemed something discrepant about this description of the horary, so I checked John’s Horary Textbook, and sure enough the story is slightly different.  Frawley writes:
“Next door’s cat had been gradually moving into my house.”  Thus, in John’s analysis of the horary chart, he treats the missing cat as a purely 6th house matter, as if he were the cat’s owner.  But, in fact, the animal was simply a neighborhood cat, and Frawley does not mention that he had any special familiarity or relationship with the cat’s owner.

In such a case William Lilly would most likely use the 7th house (see Christian Astrology Chap. XXIV) to represent the cat’s owner and the 12th house (6th from the 7th) to signify the cat.  The data for the chart in the Horary Textbook is 30 August 1993 at 9:20 AM in London.  Here is the chart as Lilly would have drawn it with Regiomontanus houses and the seven visible planets: 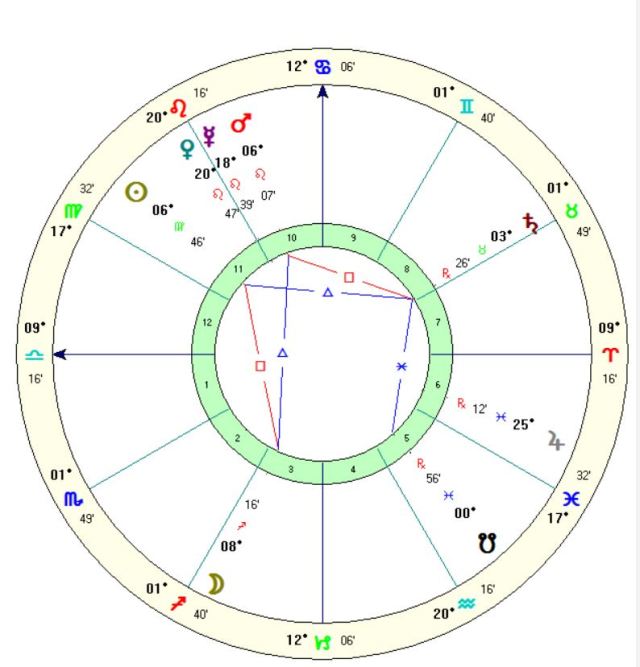 Frawley keeps the analysis simple. The question is about a generic cat ruled by the 6th house with Pisces on the cusp.  Jupiter thus rules the cat who is at home and quite comfortable in in its domicile Pisces in the 6th.  Jupiter Rx means that the cat will return to visit John at his home.  The Moon, a universal signifier of fugitives, will sextile the Asc (the querent) in one degree from a mutable sign and cadent house, so the cat should revisit him in about 24 hours. A clear and elegant interpretation.

What would happen if we regarded the cat as belonging to a nonspecific person who lived nearby.  Lilly would assign the 7th house to such a person, with whom we have no particular relationship or personal alliance.  In this case, the cat would be represented by the Virgo 12th house, ruled by Mercury.

Mercury is in Leo in the radical 10th (the 4th of the 7th), so the cat is in warm and cozy (Leo) its owner’s home.  Mercury in Leo (the sign ruled by the king of cats) is headed toward Venus in feline Leo, so the missing cat may be hanging out with other cats, perhaps with the nice female cat that he’s had his eye on.

Venus also rules the Ascendant (the querent, John Frawley), so the cat may be paying him a visit within a couple of days since Mercury and Venus are separated by less than 2 degrees. In addition, the Moon is near the boundary between the 10th and 11th houses, so the cat is about to leave his master’s home (the radical 10th, 4th of the 7th) and go to a place where he can have some fun and fool around (the radical 11th, 5th of the 7th).

Lilly often utilized transits to tell timing.  In this case, the Moon is a co-ruler of the querent, and the Moon is applying by transit to Mercury, the neighborhood cat. Here are the aspects which the transiting Moon makes to horary Mercury and to transiting Mercury over the next few days.

From this list, Lilly would conclude that the cat would likely return to visit John Frawley the morning of August 31st, perhaps around 6 or 7 AM, but most likely within 24 hours because the Moon is separated from a sextile to the Ascendant by exactly 1 degree of arc.  In fact, the cat returned just under 24 hours after the original horary was cast.

Author of books about astrology and tarot, including TAROT PLAIN AND SIMPLE, HORARY ASTROLOGY, and THE ART OF FORECASTING WITH SOLAR RETURNS.
View all posts by Anthony Louis →
This entry was posted in Astrology, horary and tagged Frawley, missing cat, Sarah Laurent, william lilly. Bookmark the permalink.