Will the article be published?

This is an interesting horary from June of 2018. Because I initially found the chart puzzling, I discussed it with some experienced colleagues and decided to summarize the discussion here so that we all could learn something about technique. For reasons of confidentiality, I have not included the chart data.

The querent is an astrologer who had written an article making some astrological predictions about current events. He asked a horary question, wanting to know whether the article would be published if he submitted it to a certain journal dedicated to such topics. Part of his concern was that if his predictions proved accurate, it would enhance his reputation in the community, but the opposite would occur if his predictions did not pan out (as many astrologers discovered when they forecast that Hillary Clinton would win the 2016 election).

Here is the chart. I was recently experimenting with the seven Hermetic Lots and with the Lot of Misfortune (Asc + Mars – Saturn by day, reversed at night, aka, the Lot Illness, Accidents, or of Bitter Purgatives by al-Biruni), so I have included these Lots in the graphic. The Lots are not necessary for interpreting this chart, but they do add an interesting perspective. 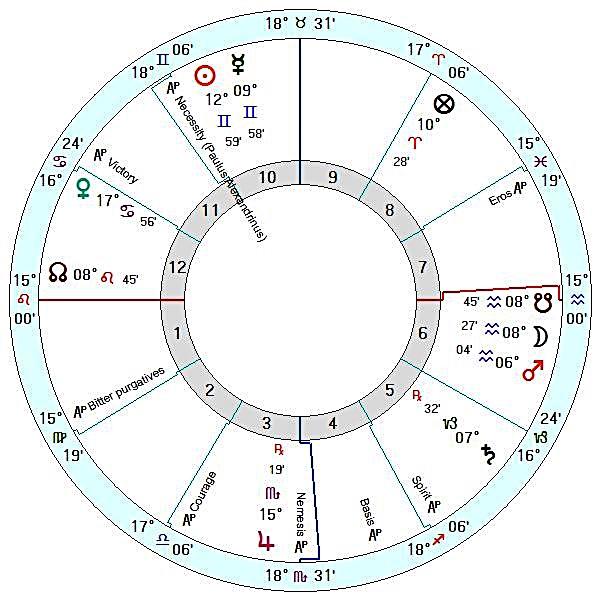 The querent (Leo rising, ruled by the Sun) asked the question on a Sun day during a Saturn hour. Saturn is a participating triplicity ruler of the rising sign Leo (a fire sign). The Sun (querent) lies in the 10th (career, public recognition) in Gemini (associated with writing), and the querent wants to know whether something he has written will be published and bring him recognition.  The chart appears radical.

The Sun (querent) is peregrine here, having no essential dignity, and must rely on its dispositor Mercury to accomplish its goals. Mercury is strong, being angular, fast in motion and in its own domicile Gemini. Unfortunately, Mercury is applying to conjoin the Sun and is combust, totally obscured by the light of the Sun. Mercury is invisible to the naked eye, so that even though he is in the very public 10th house, nobody can see him.

As an aside, I should mention that John Frawley regards Mercury combust the Sun in Gemini as equivalent to a mutual reception, such that Mercury is not debilitated by this combustion.  Frawley writes: “Treat it exactly as mutual reception. The planet has power over the Sun by dispositing it, the sun has power over the planet, by combustion. So the combustion does not harm the planet; the idea of not being able to see or bee seen still remains, however.”

If we take into account the fact that Mercury disposes the Arabic Part of Misfortune, Bitter Purgatives, Accidents and Illness, which lies at 13 Virgo 33, then its applying conjunction with the Sun may be a bitter pill to swallow.  This interpretation is reinforced by the fact that the Sun at 12 Gemini 59 is applying to and almost exactly square the Bitter Purgative Lot at 13 Virgo 33.

In short, what the peregrine Sun (querent) wants to accomplish will depend greatly on its dispositor Mercury, which is invisible to the public (combust in the 10th) and carries the signification of misfortune and a bitter purgative.

In horaries, the Moon can also symbolize the querent.  Here the Moon is cadent in the 6th house and besieged between malefic Mars and the South Node (of the nature of malefic Saturn). In addition, Mars disposes the Lot of Nemesis (at 17 Scorpio 57), which is quite prominent because it conjoins the meridian axis at the IC (at 18 Scorpio 31). Nemesis is the Hermetic Lot associated with malefic Saturn, with a signification of failure, hardship, frustration, denial, etc.

The Moon here is quite weak, being cadent, peregrine (without essential dignity), and slow in motion. In addition, the Moon rules the unfortunate 12th house of exile and undoing. In its favor, the Moon disposes the Lot of Success and Victory (at 10 Cancer 46, a lot associated with Jupiter), but Luna’s conjunction with both Mars and the South Node in the unfortunate 6th may indicate a denial of success.

We next should look for any connections between the querent (Sun or Moon) and the 7th (contractual relationships) or 9th (publishing) houses.

Saturn rules the Aquarius 7th and has no aspectual connection with either the Sun or the Moon.

Mars rules the Aries 9th of publishing. Both the Sun and the Moon are separating from an aspectual relationship with Mars, so there is no future coming together via major aspect.

However, the Moon is separating from Mars and applying to the Sun, so there is a transfer of light in the offing. The Moon carries the light of Mars and re-connects it by trine with the Sun. Unfortunately, the Moon runs into Mercury before she can reach the Sun, and Mercury is combust and disposes the Lot of Misfortune. The Moon is extremely weak and may not have the power to pull off the transfer of light, and even if the Moon could do so, Mercury stands in the way of the Moon reaching the Sun. In addition, neither the Sun nor Mercury receive the applying Moon in any of their dignities.

So far, it looks like the article will not be published. Let’s take the Libra 3rd house to signify something the querent has written. In this case, Venus rules the article. Venus also happens to rule the 10th of public recognition, and she lies in the 12th of exile, retreat and undoing, conjunct the 12th cusp. In addition, Venus in this chart is peregrine, totally without dignity, and is very weak in the unfortunate cadent 12th house.

The OUTCOME was that after carefully considering the horary, the astrologer/querent decided not to submit his article for publication.

Author of books about astrology and tarot, including TAROT PLAIN AND SIMPLE, HORARY ASTROLOGY, and THE ART OF FORECASTING WITH SOLAR RETURNS.
View all posts by Anthony Louis →
This entry was posted in Astrology, horary and tagged Bitter Purgative, cadent, combust, Frawley, Hermetic Lots, horary, Lot of Misfortune, peregrine, publish. Bookmark the permalink.